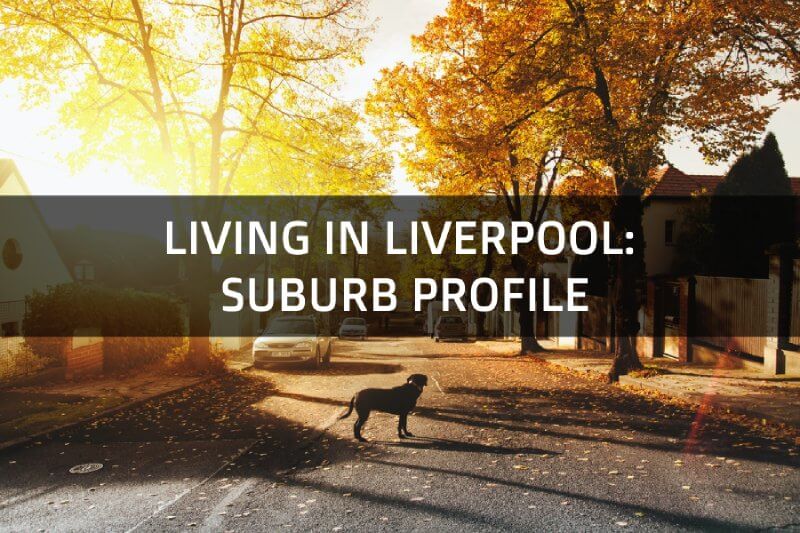 Sydney is one of Australia’s most popular cities. That is why a lot of people try to find homes within the vicinity. And one of the most sought-after places to live in Sydney is Liverpool.

Here are some things you need to know about this suburb.

Located at the centre of South West Sydney, this suburb is said to be a growing hub of lifestyle, business, and infrastructure. With a current population of 223,304, the region is sure to become a hotspot for different cultures and peoples. Growth in the area’s population is expected and will herald the boom of employment and business opportunities.

Liverpool is part of the NSW’s A Metropolis of Three Cities – The Greater Sydney Region Plan. Focusing on its development, the area is envisioned to be a strategic centre for commerce and growth. A significant moment in Liverpool’s progress was the clean-up and development of the Georges River.

The city has the right mix of trade and relaxation. Liverpool’s southern area is groomed to be the centre for all kinds of enterprise, and the northern part is the residential area. This kind of setup is beneficial for students, young professionals, and families alike. Liverpool is not just a place where people come to work, here you can also find all kinds of recreational centres. The city has tons of parks, sports centres, shopping malls, and the largest municipal library in Australia. And with the right property management in Liverpool, you too can call this city your home.

Before you actually have a feel of Liverpool and what it is destined to be, you must first get to know Liverpool for what it once was.

Liverpool, or then known as Gunyungalung, was home to the Cabrogal people. Two tribes settled in the area, namely the Darug or “wood tribe” and the Tharawal or “coast tribe”. The tribes relied on the Georges River as a natural boundary. There’s evidence that shows that they inhabited the area for forty thousand years.

Behind Sydney, Parramatta, and Hobart, Liverpool is the fourth-oldest town in Australia. In 1810, the area was renamed Liverpool after the Earl of Liverpool. From then on, Liverpool has added monumental moments one after the other.

From the first hospital in 1818 to the railway in 1856 and the electric telegraph in 1858, Liverpool has continuously evolved. With its ability to change and adapt, it’s no surprise to see Liverpool becoming a city worth coming to.

Advancement and industrialisation have made their mark in the heart of Liverpool. The Local Government Area has made plans to rezone a large portion of the city to home a new business centre. As it is now, Liverpool is already a hotspot of commerce and business. But with the new city centre, employment and leisure can be a short walk from your homes.

The rezoning plan is part of the major project to build Sydney’s third Central Business District. This new CBD is set to raise the standards of work and play in Liverpool. You will find more cafés, offices, and even parks in the area. The idea is to create an area where people can live, work, and relax. This project will not only open more opportunities for businesses to grow, but it also raises the standard of living in Liverpool.

The future of Liverpool is deemed to be brighter than ever. As of writing, the LGA has different projects in line as a way to boost employment and infrastructure. Aside from the new Central Business District, there are other major projects you should watch out for.

One of these projects is the Liverpool Civic Place. It will provide Liverpool with new community facilities and job opportunities. The project will include a childcare facility, a new library, and new council offices.

The next project to look out for is the Western Sydney International Airport. Due to open in 20216, this new airport is located right outside Liverpool. This could mean more trade in the surrounding areas. The new airport is also said to provide two hundred thousand new jobs.

And don’t forget about the Western Sydney Aerotropolis. This is set to be the new hub for aerospace and defence, healthcare, manufacturing, and more.

Why Live in Liverpool?

With all these things in mind, you can’t deny that Liverpool is sure to attract people from all over Australia and the rest of the world. Bringing you a promise of a good life and a bright future. This progress could mean a competitive market for real estate in Liverpool. So, before your luck runs out, find the best areas to live in Liverpool with our help.

If you are planning on living in Liverpool, you can trust List & Sell to help you out. When it comes to property management in Liverpool, we’ve got the best plans for you. For more information, don’t hesitate to call us on 02 4627 8448.

Email Agent Regarding This Property